Wouldn’t you know – the longer you look at the word September, the odder it looks! I was poking around the internet to find a September banner and I just thought that it looked so weird, ha-ha!

The Drums of Autumn by Diana Gabaldon – The fourth book in the Outlander series; this was a re-read for me after watching the first three seasons of Outlander with my Mom. It was just as good as the first time I read it and made me so excited for the upcoming fourth season of Outlander!

I have absolutely nothing on my shelf that is currently begging to be read – so any and all suggestions are appreciated! I have several books that I “could” read but none are just tempting me at the moment. *sigh*

The Mindy Project – I started watching this show on the recommendation of my sister and I could not love it more! The show is funny, heart-warming and wonderful and of course…I pretty much immediately fell in love with Danny Castellano, ha-ha! I just finished the third of six seasons, so I’ve still got a bit to see with this show but I can’t wait to see how it plays out! 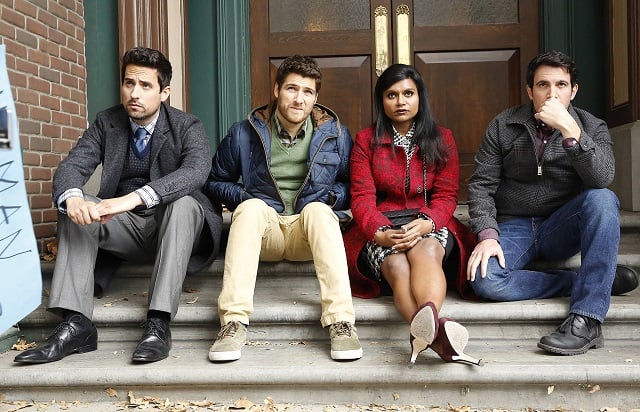 Escape to the Country – I could not love this show more if I tried! It’s like House Hunters but in the English countryside and every single thing about it fills my soul with absolute joy and happiness! A couple looking to escape the the country view three homes, the third being a “mystery house” and it’s interspersed with interesting lifestyle tidbits from the area of the English countryside that the home owners are looking to move to. It’s such a delight and you can find this on Netflix if you fancy checking it out!

I have not gone to see a single movie this entire month. Not a one. Now – I did see Beauty & the Beast as part of a re-release on September 15th but I’m not going to count that here because I think it’s well documented that I’ve seen Beauty & the Beast many many times and you don’t need to know from me how wonderful it is – yet again, ha-ha!

I started the month with some tasty chicken stew that turned out really well in the crock pot – so good that I even blogged about it! I also tried a recipe for Sweet Corn Pasta that used corn kernels to make a sauce and it was divine – just typing about it makes me want another bowl. I had yummy pumpkin spice cinnamon rolls and tried some haggis at the Scottish Heritage Festival – I can’t say I’d eat it again, but at least I tried it!

The end of the month brought the delicious Limoncello Tortufa that was some sort of lemon and vanilla miracle in the shape of food! I also had Duck Donuts for the first time and tried Peanut Soup (yum!) and Syllabub (yum!) for the first time at King’s Arms Tavern!

I’ve kept busy this month listening to some of my favorite podcasts: The Big Boo Cast, The Popcast with Knox & Jamie, Lore and Cabinet of Curiosities and when I wasn’t listening to a podcast I was probably listening the soundtracks from Game of Thrones and Outlander. I’ve also been frequenting a station called New Age Instrumental on Pandora, ha-ha! All the instrumental music for me please!

Happy Birthday to Me – I’m not sure how I’ll be celebrating my actual birthday (I’m in Asheville celebrating this weekend) on the 6th but I’m always glad to celebrate another year of life. Shortly before I turned 30, I really got into a funk about…turning 30…but I’ve come to realize that the alternative to celebrating another birthday is pretty grim, so I should celebrate life – regardless of my age. So here’s to 34! Yikes!

I’ve got some get togethers with friends planned, two different Bible studies/ladies groups to attend all month, a ladies conference at church, hopefully taking in some gorgeous leaves as they turn and of course…at the end of the month is Halloween! October is sure to be a wonderful month!

September was pretty slow and steady but Autumn is ramping up to be fun and I can’t wait!