Unfortunately – my July did not involve any beaches – but boy wouldn’t that have been nice? I do love just sitting on the warm sand and listening to the waves roll in, but honestly I’m just being drawn in by the picture below… so let’s get down to what I actually did in July!

Sharp Objects by Gillian Flynn – I absolutely blazed through this book; it was a quick read and was engrossing almost from the first chapter. I found so many similarities between the small town depicted in the book and the small MS town I grew up in – I could visually see so many of the characterizations and perhaps that is why this book drew me in so quickly? It’s very much Southern Gothic, even though it’s set in Missouri…which is technically the Midwest but regardless, the book was smart, intriguing and had a twist at the end that I did not see coming – it was an excellent read!

Patrick Melrose by Edward St. Aubyn – I will admit I paused halfway through this one to pick up and devour Sharp Objects, but then I jumped right back in. While I will have to admit that I found the TV miniseries far more engrossing, the book is also entertaining and St. Aubyn’s way with words and his ability to turn a phrase make the book an engrossing read, even if the story does seem to ebb and flow at times.

I don’t really have anything on the shelf… I’m not sure what I’ll be reading next! I’m looking for inspiration, so if you have any recommendations – I’m all ears!

This is another category where I don’t have anything that is “must see” for me. I am watching the HBO series Sharp Objects, based on the above book but otherwise, there isn’t really anything that I’m watching obsessively. I found myself re-watching The Night Manager and I discovered my TV has Netflix capabilities (insert mind blown emoji) so who knows where that will lead…

Ant-Man & the Wasp – Oh, this movie was so enjoyable! I’d watch Paul Rudd in pretty much anything and this movie injected a much needed laugh to the Marvel universe after Infinity War‘s dramatic finale! This movie was fast-paced, funny and endearing…even if the post credits scene made me want to scream a little bit! I didn’t understand the science one bit but perhaps it will all make sense when the final Avengers movie comes out? Who knows? This movie is excellent though – check it out! Mamma Mia: Here I Go Again – Who doesn’t love singing and dancing to Abba music while on a Greek island that essentially looks like paradise (spoiler – it’s actually Croatia!) I must admit the first movie had to grow on me, but I was so looking forward to this movie and enjoyed it immensely. I will say, if you are not a fan of musicals and it bothers you when people randomly burst into song – maybe let this one be – but otherwise, check it out! The performances are great, the songs are fantastic and it’s just a fun movie watch! 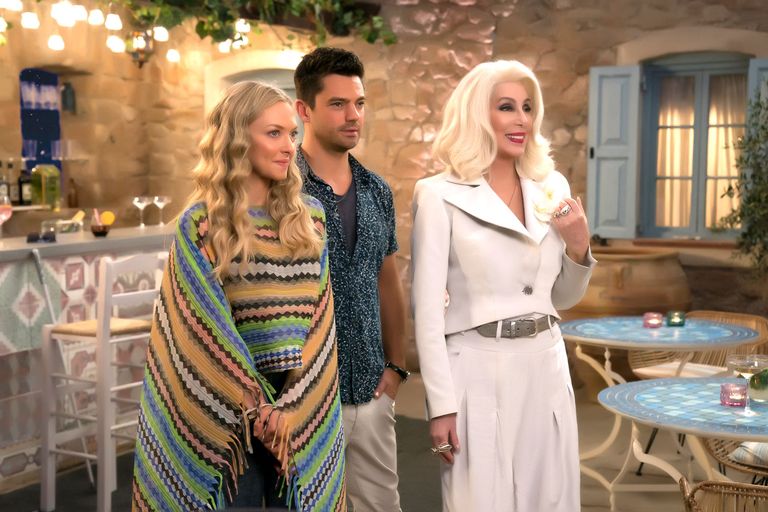 Mission Impossible: Fallout – I’ll confess the only other MI movie I’ve seen is MI2 and I really wanted to see this because I’m ride or die for Henry Cavill (even with that mustache) – but I enjoyed this so much more than I thought I would! The action was non-stop and there were so many twists and turns, it was wildly entertaining and it made me sort of want to go back and watch the other FOUR that I’ve missed along the way. If you’re looking for a classic action movie that’s a good time at the movie – this is it!

Y’all know I never skimp on the eating and July was no exception, ha-ha! We made amazing dipped oreos and pretzels for July 4th; we went to a cook-out at friend’s for July 4th and everything we ate was delicious! I had a to die for pimento and cheese grilled cheese sandwich from Hunter’s Head (I’m drooling thinking about it) and I made some amazing peanut butter magic squares!

Ice cream was a staple this month – rolled in sprinkles, flavor swirled and blackberry – it was all divine! We had amazing meals at Regions 117 and Skyland Lodge, some amazing pretzels from Macado’s and the blackberry ice cream pie from Skyland Lodge is a must have every time I visit! And don’t even get me started on the Blackberry Pulled Pork  from the Blackberry Delight Festival – Yum!

Mamma Mia: Here We Go Again – Oh man, I’ve been listening to a lot of these songs on repeat, alongside the soundtrack from the first film. Abba really is just very jolly and can put you in the best mood, I love listening to all these songs!

I’ve also managed to work my way through all 90+ back logged episodes of Lore and my sister turned me on to another excellent podcast called Stuff You Missed in History Class, so I’ve been binging through that one as well!

Nationals Baseball – I feel like; at this point, it’s time to go ahead and admit that the Nationals are most likely not going to the post season, so I’m trying to take the positives from the season and enjoy those! Max Scherzer continues to still be an absolute beast on the pitcher’s mound…and yet I still haven’t gotten to see him pitch at a game! Juan Soto’s addition to the line-up has been nothing short of fantastic and watching him play is an absolute delight! And while Harper may not be doing so great in game (*sigh*), it was really fun to watch him win the Home Run Derby!

Only 7 teenagers in @MLB history have hit 10+ HRs in a single season.

(This was Juan Soto's 11th) pic.twitter.com/YcsEuiuuOD

I’m going to two games (at least) in August, so maybe I’ll get to see Max Scherzer throw some fire… who knows? I’ll be attending the Anthony Rendon bobble head game on the 3rd and Game of Thrones Night at Nationals Park with my friend Danielle mid-month. It should be fun!

I honestly don’t have anything else planned for the month of August – I have some Bible study meetings, ladies group meetings and a dinner with a friend here and there, but nothing major on the calendar. So August is wide open you guys! I feel like it’s a little too soon to say I’m looking forward to Autumn? Ha-ha!

That’s all she wrote for the month of July – I cannot believe tomorrow is August 1st!