Another weekend come and gone – this one seems like it passed in an absolute blur! I suppose it was the combination of trying to fight off some kind of sinus cold and the general feeling that weekends always go by so quickly. *sigh*

Friday night was taken up with getting a burger at Five Guys (still my favorite burger and fries, no question) and going to see Mamma Mia: Here We Go Again, on opening night no less. My Mom and I popped into Hallmark before the movie and they drew me in with limited edition ornaments of Cogsworth and The Wasp – I purchased a Lumiere ornament and an Ant-Man ornament a few weeks ago during ornament premiere and was thrilled to see a Cogsworth…and when I was told it was the last of it’s kind, well I had to get it. And I figured since The Wasp was the same – I might as well get that ornament too. 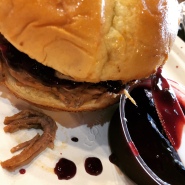 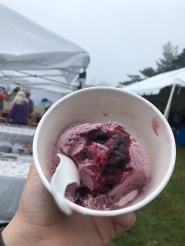 Saturday morning was fairly slow – I had coffee and English muffins for breakfast and after some new furniture was delivered, we all got ready and headed into the National Park for Blackberry Delight; an annual festival celebrating all things blackberry in the National Park.

I had Blackberry Pulled Pork BBQ with a Blackberry BBQ Sauce – and it was delicious! I chose a scoop of the blackberry ice cream from among the blackberry desserts that were offered; there was a line to wait for Blackberry Cobbler and well, that’s not really my thing so I grabbed my ice cream and sat down to enjoy it in peace. The weather was less than spectacular, the fog rolled off the trees and down the mountainside like something alive – it was wild. Happily, shortly before we were done eating the sun came out and we were able to see some beautiful views from the mountaintop. 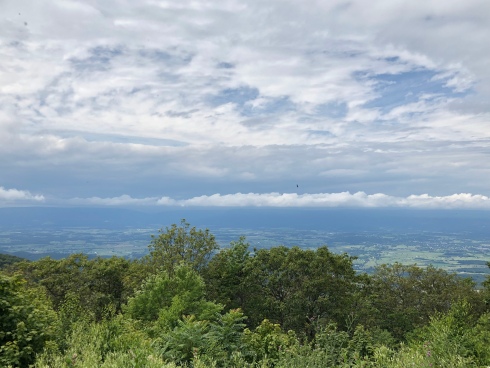 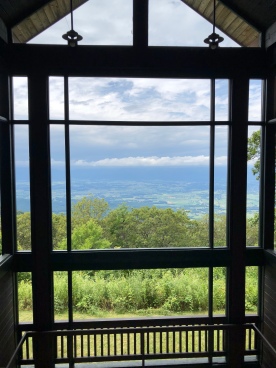 I’d like a window like that one in a house perched on a mountainside – wouldn’t you? We were able to tour the Masanutten cabin that has been recreated to resemble a historic property from the creation of the resort that once sat on the mountaintop, long before the National Park had stepped in and taken over the running of the park. All around the cabin were gorgeous yellow flowers in bloom and of course, the amazing views – so pictures had to be taken. 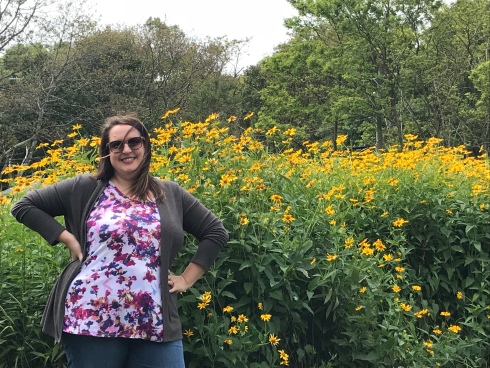 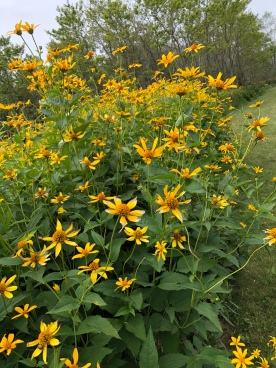 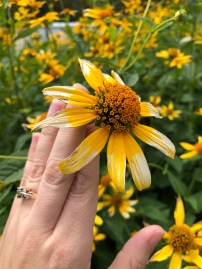 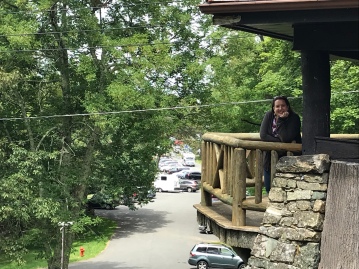 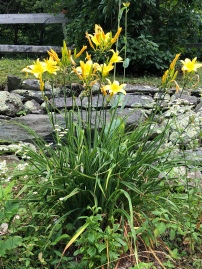 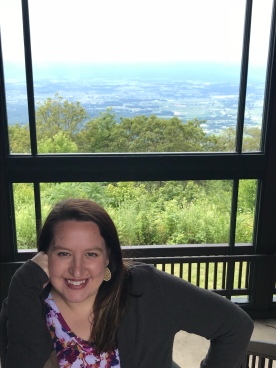 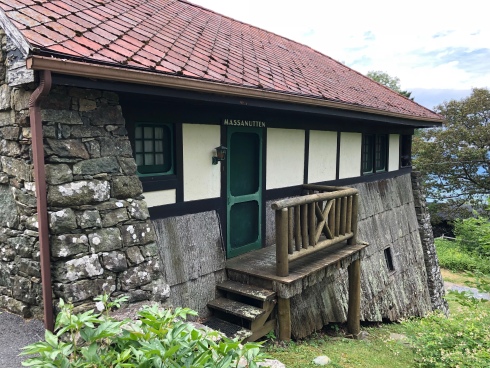 We headed down the mountain and stopped in Luray to peruse a shop – but ya’ll, let me confess that something came over me – I’m not sure if the sinus medicine I’d taken (hours earlier) was hitting me or the sinus mess was taking hold… I’m not sure, but I ended up deciding to sleep in the car while my parents perused shops and I honestly fell fast asleep and didn’t even realize that a full half hour passed. Oops. 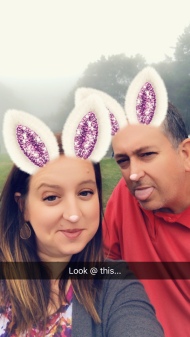 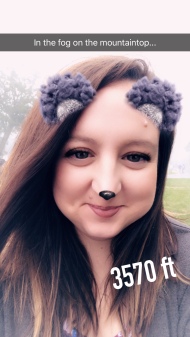 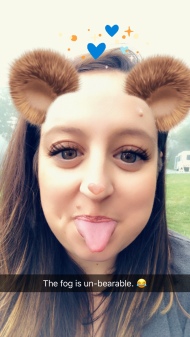 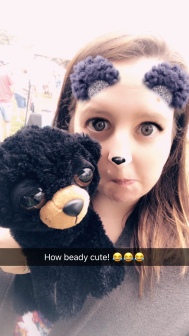 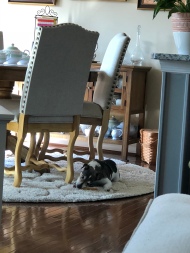 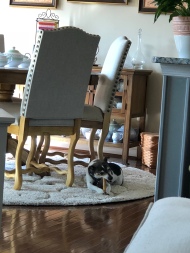 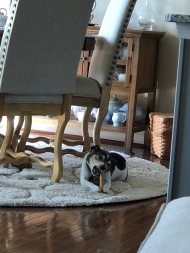 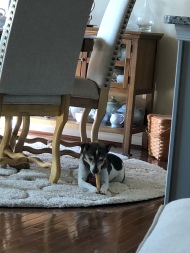 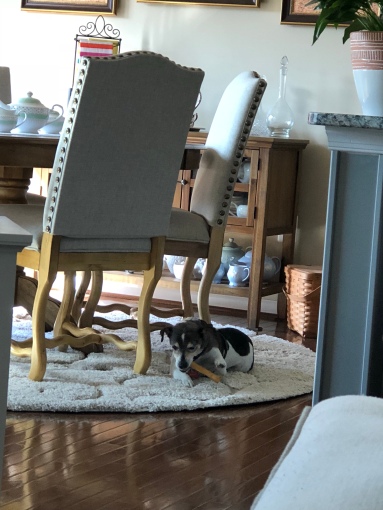 Saturday afternoon and evening was a gloomy foray into evening – it started raining around 4:00 and just absolutely poured for the rest of the evening. Yuck. Watson chowed down on a peanut butter treat that my Dad purchased for him, I made a pizza run for dinner and managed not to get completely drenched… we had pizza for supper and I introduced my parent’s to The Man in the High Castle – the word is still out on whether or not they’ll keep watching it.

I have next to nothing to report for Sunday – I barely left the house because I woke up just feeling a bit crummy and so I decided to stay at home. I ended up taking a shower and then taking medicine and a nap – riveting stuff, I know. After a late lunch, I made a Wal-Mart run with my Mom and then discovered my TV has Netflix capabilities – which just blew my mind. 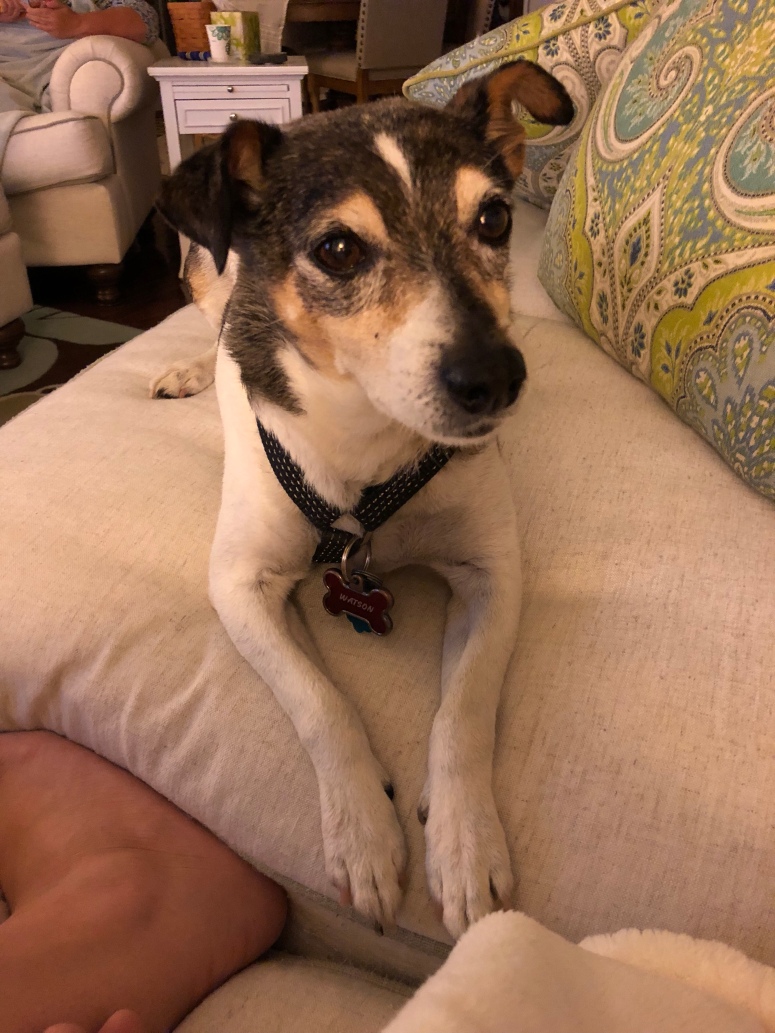 Shark Week started yesterday and I made sure to catch the new programs on Sunday night before throwing together some clothes into a small suitcase for our quick jaunt to Norfolk this week – and then, I went to bed!

Not exactly a riveting weekend – to be sure – but this week ahead just feels like it’s filled with a million things. My family is headed to Norfolk (a 4 hour drive) this evening to see my younger sister off as she deploys… and then we’ll be driving back home tomorrow evening (another 4 hours). Wednesday is empty and then on Thursday, I’ll be going to see Mamma Mia with my ladies group from church at Shenandoah University. I’ll be happy to see Friday – but then – that’s always the case, isn’t it? I’m excited about all these things – don’t get me wrong – I’m just saying, this week won’t exactly be calm and quiet.