One. Royal Commentary – I love all things related to the royal family and after reading The Royal We, I discovered the author’s website called Go Fug Yourself (excuse the name, ha-ha). The website mostly caters to critiquing celebrity wardrobes and reviewing television shows…but they also cater to all things royal and they do it with some cheek.

Prince Louis was christened earlier in the week and I perused the photos, alongside the cheeky commentary and found myself rolling with laughter. I couldn’t resist sharing just one of the pictures here – I cannot look at this picture without hearing the Duchess say exactly the above phrase!

Two. Speaking of the Christening – I absolutely am in love with the hat Catherine is wearing… it’s almost tiara-like and she looks stunning… but then again, that’s nothing new with Catherine. Meghan Markle is; in my humble opinion, just hitting this whole being a royal thing out of the park and always looks fabulous.

7/9/2018 – Princess Charlotte and Prince George hold the hands of their father, the Duke of Cambridge, as they arrive at the Chapel Royal, St James’s Palace, London for the christening of their brother, Prince Louis, who is being carried by their mother, the Duchess of Cambridge. (Photo by PA Images/Sipa USA) *** US Rights Only ***

7/9/2018 – The Duke of Cambridge with Prince George and Princess Charlotte after Prince Louis’s christening at the Chapel Royal, St James’s Palace, London. (Photo by PA Images/Sipa USA) *** US Rights Only ***

7/9/2018 – The Duke and Duchess of Sussex depart after attending the christening of Prince Louis at the Chapel Royal, St James’s Palace, London. (Photo by PA Images/Sipa USA) *** US Rights Only ***

And don’t even get me started on Prince George, Princess Charlotte and wee little Prince Louis – just when you think they can’t get any cuter! Princess Charlotte even reminded the gathered photographers that they “weren’t coming to the party”. *sigh* I do love those wiley royals!

Three. Peanut Butter Cup Magic Squares – My Mom has always made something called magic squares and while perusing Pintrest recently, I stumbled upon a variation on the recipe and had to give it a try. It’s incredibly easy to make and absolutely delicious!

Line a 9×13 pan with the peanut butter cookie dough and cook  at 350 degrees for approximately 8 minutes; you want the cookies to be setting up but not completely cooked.

Let cool and cut. Pig out!

Four. Watson Watching Baseball – I swear, it’s like he turned around to look at the TV as if to say “what kind of call was that?!? – Garbage!”

Five. Weekend Plans – As in, I have none! We’d originally planned to head to DC to catch the Armed Services Classic at Nationals Park but after researching that it was actually a softball game… we decided we’d pass, ha-ha! So now it’s the weekend and I’ve got nothing to do… I’m thinking I might finally go see Ant-Man & the Wasp but beyond that, the weekend is wide open to adventure! 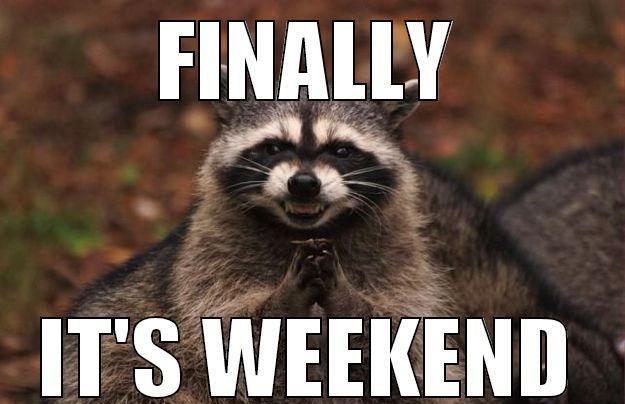 That’s all I’ve got for this Friday y’all – I hope you have a wonderful weekend and get up to something exciting!