We interrupt the regularly scheduled Five on Friday post for my May entertainment recap… but then again, it’s going to be all about the recaps for the next week or so!

I honestly haven’t read anything all month – I’ve been in a book rut! I was on a major book binge at the start of the year but I seemed to have fallen into a hole this past month where books are concerned. I do have some things on the shelf that I’m planning to dive into in June…

The Royal We by Heather Cocks & Jessica Morgan – Perhaps this choice was inspired by the recent royal wedding? I actually just started this book at the end of the month and I’m 100% into it! The story follows American Rebecca Porter who heads to college at Oxford, ends up falling in love with heir to the British crown and marrying into the royal family. It’s like William and Katherine smashed together with Harry and Meghan – it’s a light read and so far, I’m loving it!

Lilac Girls by Martha Hall Kelly – Surprise, surprise…this novel is set in WWII; I think I kind of have a niche when it comes to books! This story follows three women whose lives intertwine and intersect around Ravensbruck concentration camp. I can’t wait to start reading this, it has excellent reviews!

Winter Garden by Kristen Hannah – This book is about a relationship between two very different sisters (hmm…that sounds familiar) who come together with their mother after the unexpected death of their father. I honestly bought this because I so enjoyed The Nightingale, another book by Kristen Hannah…so we shall see!

I also want to read Patrick Melrose by Edward St. Aubyn and Am I There Yet by Mari Andrew. Summer reading list…growing!

Legion – Oh this show…it continues to be completely mind-bending and while I see so many people question what on the show is taking place in reality and what is taking place in David’s mind…I just watch the show under the assumption (at least for this season) that it’s all happening in reality! David continues his search for the body of the Shadow King but must also battle against the delusions slowly taking hold of his friend’s minds… One of my favorite episodes to date was episode 6, where David explored the multiple ways his life could have played out – fascinating and an incredible performance(s) by Dan Stevens!

Westworld – Another mind-bending hour of television on this list…I guess I just like TV shows that challenge my mind? The second season of Westworld barrels along with hosts Maeve and Delores each taking very different paths now that they’re conscious; Maeve on the quest to find her daughter and Delores searching for “the valley beyond”… Intermingled with Maeve and Delores’ quests, who knows if we’re watching Arnold or Bernard, heaven only knows what kind of game Ford is leading William in and I honestly have no clue about the other minor characters… I saw a meme that said: Season Two of Westworld…no clue what’s happening but I love it. That’s apt. 🙂 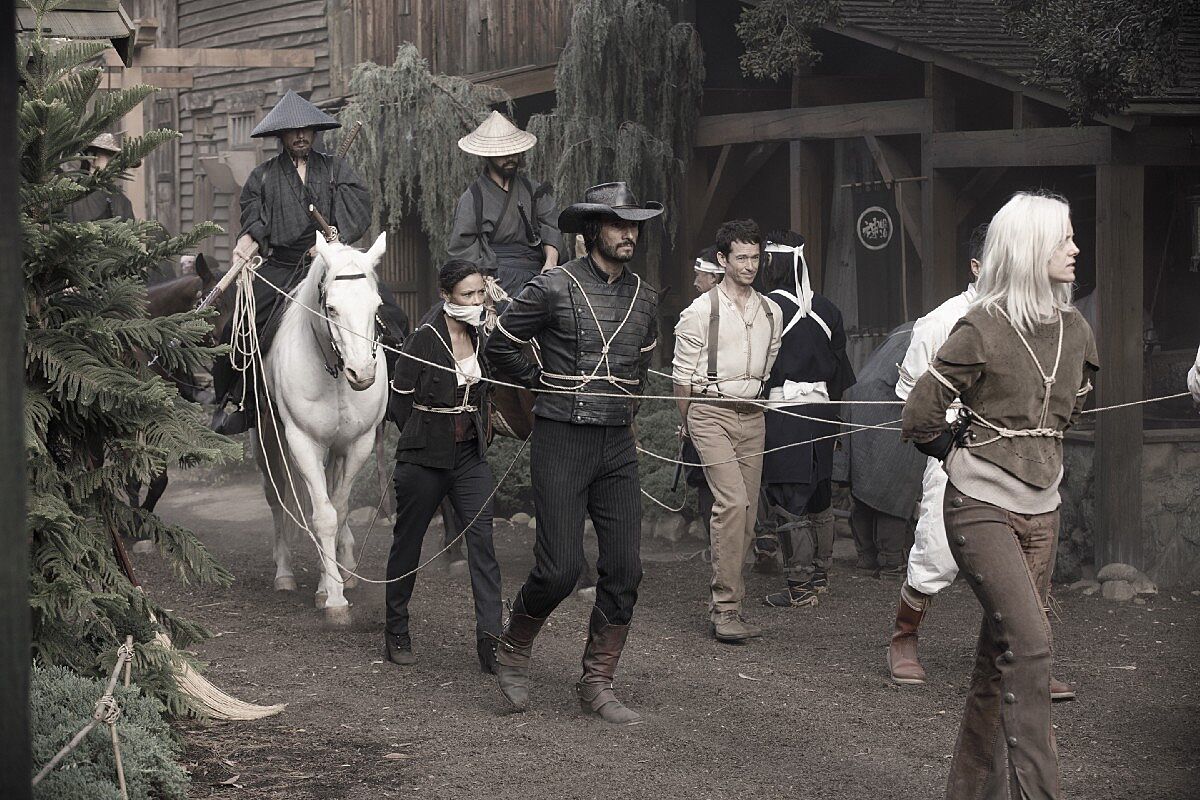 Patrick Melrose – This Showtime five part miniseries based on the books by Edward St. Aubyn that follow Patrick Melrose from his childhood…filled with abuse at the hands of his father, to his early adulthood…filled with heavy drug and alcohol use…and his later life, where he begins to move forward and heal from this traumas of his early life. The show has been described as an acting master class from Benedict Cumberbatch and I’d have to agree – his performance is spectacular. I wouldn’t be shocked to see awards come Cumberbatch’s way during awards season! I’m only three of five episodes in – but it’s incredibly intriguing.

Solo: A Star Wars Story – Another month where I saw just one movie! I love all things Star Wars and I have eagerly been looking forward to this movie all about everyone’s favorite space rogue…Han Solo! No one could ever play the character that Harrison Ford so fabulously created but Alden Eldenreich was; I thought, an excellent choice to play the younger Solo and I really loved his performance! The movie plays out like a space heist with characters you know and love (Lando!) intermingled with new characters (Qi’ra, Beckett, Val…) to love or hate. I thoroughly enjoyed this movie and can’t wait to add it to my collection! 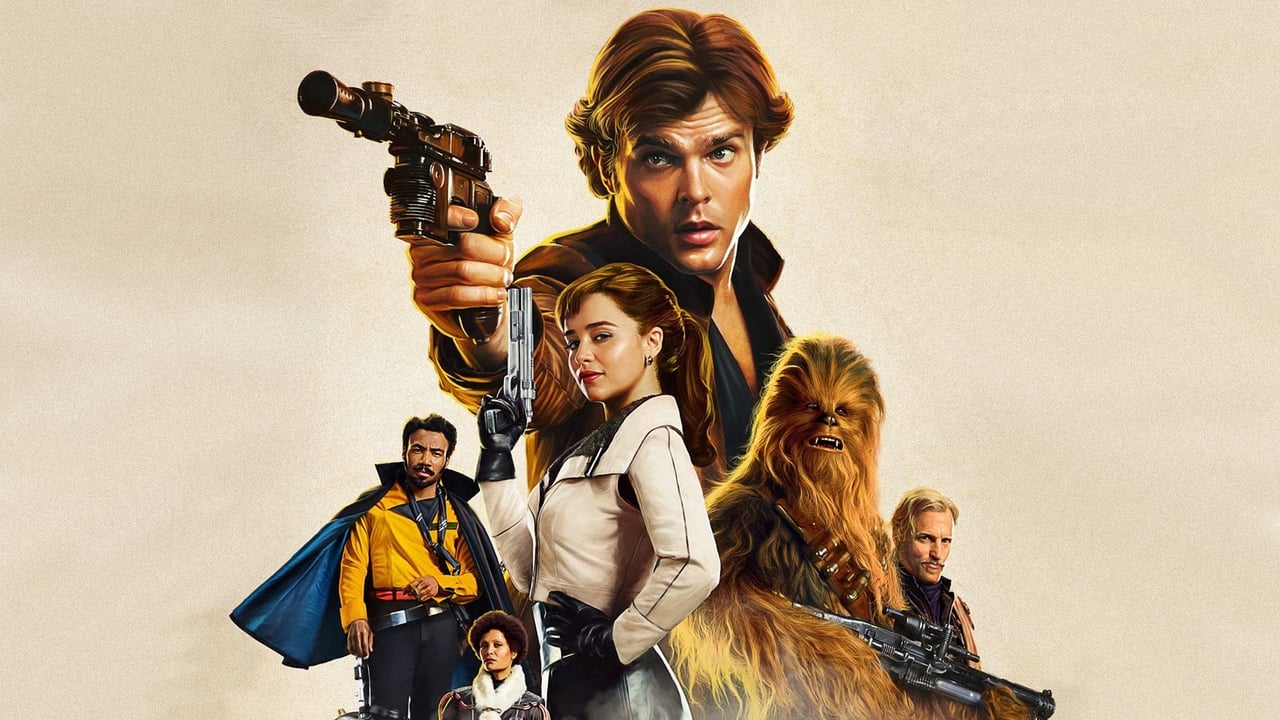 I didn’t spend the whole month eating – but man it sure seems like it, doesn’t it? I’d blame vacation for most of this…since three-fourths of the pictures below come from my time in Vegas and California. Earlier in the month I got my first summer scoops of ice cream from Ice Cream Jubilee, a wookie cookie at Nationals Park, delicious baked goods from Red Truck Bakery in Marshall, donuts and delightful yogurt from Sweet Frog’s!

The vacation food kicked off with In-N-Out and then the Disney/Pixar Fest food binge – the Luxo ball cake pop, delicious lasagna and tiramisu from Trattoria Wine Country, Snow-Capped Lemon from Adorable Snowman, Chili con Queso cone, the famous Monte Cristo at Blue Bayou, the Presto carrot cake churro, a Nemo cake pop, the grey stuff (it’s delicious)…and a Minnie Mouse macaron (and alien macaron, not pictured!) Once we were back in Vegas, we popped into Freed’s Bakery, had pastries from Jean Phillipe Patisserie and I had my macarons from Downtown Disney to end the week!

I can feel a sugar coma coming on just reading all that – yikes!

Honestly – I spent most of the month listening to music from all things Marvel and Disney. On loop. It’s not anything wildly exciting…but it’s definitely what occupied most of my musical time. I keep the podcasts Decoding Westworld, Legion Cast, The Popcast with Knox & Jamie, The Big Boo Cast and Between Innings with Dan Kolko on rotation.

Listen – I’ll shock you with this! I honestly don’t really have anything on the calendar for June right now – and I kind of love it! I’m looking forward to getting to enjoy summer, go to some baseball games, catch up on movies I want to see and spend time with friends. I like that June is an open book for me right now and I can’t wait to see what I’ll get up to this next month!

I can’t believe that the middle of this year is almost here – where does the time go? As always, on to the next month and all the wonderful things it has potential for!