The Book Thief by Markus Zusak – A story narrated by Death recounting life in Nazi Germany through the eyes of a young girl; Liesel Meminger, as she finds a home with a foster family in a small town in Germany. After the death of her younger brother, Liesel steals her first book and continues to do so as she gets older…forming a close bond with her foster father and later the Jewish man her family hides in their basement…and piquing Death’s interest in her life. I thoroughly enjoyed this book – it was a bit less “intense” than some of the other WWII related books I’ve been reading lately.

Would you believe me if I said I don’t have any books on the shelf to read? I managed to make my way through all the books I purchased last year and now I’m trying to sort out just exactly what I want to read next. Any suggestions? I’ve got a flight coming up at the end of the month and I always need distractions…ha-ha!

Legion – Dance Battle. I honestly feel like that should be enough to get you interested in this show…but there is so much more…and it’s all still quite mind-bendy. The second season picks up almost a year (362 days to be exact) after the season one finale; at least for everyone but David, who doesn’t realize he’s been missing for a full year. The Shadow King may no longer be controlling David’s mind and exploiting his powers, but David still has plenty to contend with… Legion is a trippy, colorful and completely unique TV show – certainly not for everybody, but I absolutely love the way the show runners tell David’s story while asking you to bend your mind a little in the process.

Westworld – Only two episodes of the long-awaited (500 days between season 1 and season 2) second season of Westworld but they have already set the story into motion and the pace is fast and furious…and just like the first season, there are multiple timelines running through the season. The hosts have taken over the park and the story lines (so far) have taken us back in time, along the current time line and into the future two weeks as we (the viewers) try to piece together exactly what is happening. I can’t wait to see the strands that have been laid out all start to weave together – Westworld may require a lot of thinking on the viewer’s part, but I love a good riddle!

The Handmaids Tale – Another show in it’s second season, the Handmaid’s Tale follows the plight of the women of Gilead…a post apocalyptic United States. Another show where I’ve only gotten to the first two episodes, but man – were they dark! The show’s story lines are already intense but I’m hoping the second season’s story lines will begin to give our characters (some – if not all) a glimpse at escape and a new hope for life. Only time (and more episodes) will tell, but this show has excellent acting from all involved!

Avengers: Infinity War – The only movie I saw all month long…but oh man, what a movie it was! I am a diehard Marvel junkie and I’ve seen all EIGHTEEN movies that have led up to this insane crossover featuring twenty-six characters (or more) that span multiple franchises and ten years of films – whoosh! This movie was INCREDIBLE and I hope to go see it again before it leaves theaters; I laughed, I cried (twice), I audibly gasped and when the credits rolled, I sat (with the rest of the packed theater) in stunned silence. I cannot wait for May 2019 and the second half of this feature – until then, I’ll be grabbing tickets to go again!

I didn’t spend the whole month eating but you wouldn’t know that by looking at the pictures below! The month of April literally started with Easter and so cookies, cupcakes and candy were plentiful!

We tried out a couple new restaurants in April – Water Street Kitchen and Oak Stone Pizza – both of which were fabulous! Some old favorites like Panera Bread and Firefly made it into the rotation and I was finally able to pop back into Olivia Macaron and get my fix!

I know this will come as a surprise to no one – but I managed to discover a channel on Pandora called New Age Instrumental and I have been listening to that at work all day, every day. I’m such a nerd – but the music is so calming! Beyond that, I’ve honestly just kept listening to podcasts on the drive to and from the office and rotating the Westworld soundtrack and several tunes from the Marvel universe’s collective soundtracks in here and there…so there isn’t much new on this front!

Baseball Weekend – I think its an established fact that I love Washington Nationals baseball and the first weekend in May, I’ll be getting to take in two games in the span of 24 hours! It is basically a dream come true, you know? We’ll be watching the Nationals face off against the Phillies on Friday night and Saturday afternoon…and the Saturday afternoon game is also Star Wars day! I can’t wait!

California (& Nevada) – I’m closing out the month of May (well, almost) in California and Nevada and I am so looking forward to it! My parents and I are heading to Nevada to meet up with my sister and drive out to California for my cousin Kyleigh’s wedding, spending a bit of time with family and taking in Disneyland (yahooo!)… my Dad will be returning home after the weekend with family, but my Mom and I will return to Nevada with my sister and spend the rest of the week there before heading home. We’ve got a couple things planned – but also plan to enjoy some down time.

Disneyland – I’m going to Disneyland y’all! *ecstatic dancing & laughter* That’s right; I will fully acknowledge that I’m living (my) dream and going to both Disney Parks in the same year. Disney may not be for everyone but it is definitely one of my favorite places and I fully buy into the whole “happiest place on Earth”… I’ve drank the Kool-Aid y’all and I’d like some more! I cannot wait to be back at Disneyland! Aaaaahhhh!

Baz – One of the things we will be doing while we are in Nevada (Vegas to be more exact) is seeing the show Baz at the Palazzo! The tickets were an Easter gift from my parents to my younger sister and I – we’ve wanted to see the show for some time now, and we are finally getting that chance! The show is a musical performance staged to Baz Luhrman’s three best known films: Romeo & Juliet, Moulin Rouge and The Great Gatsby. It should be awesome! 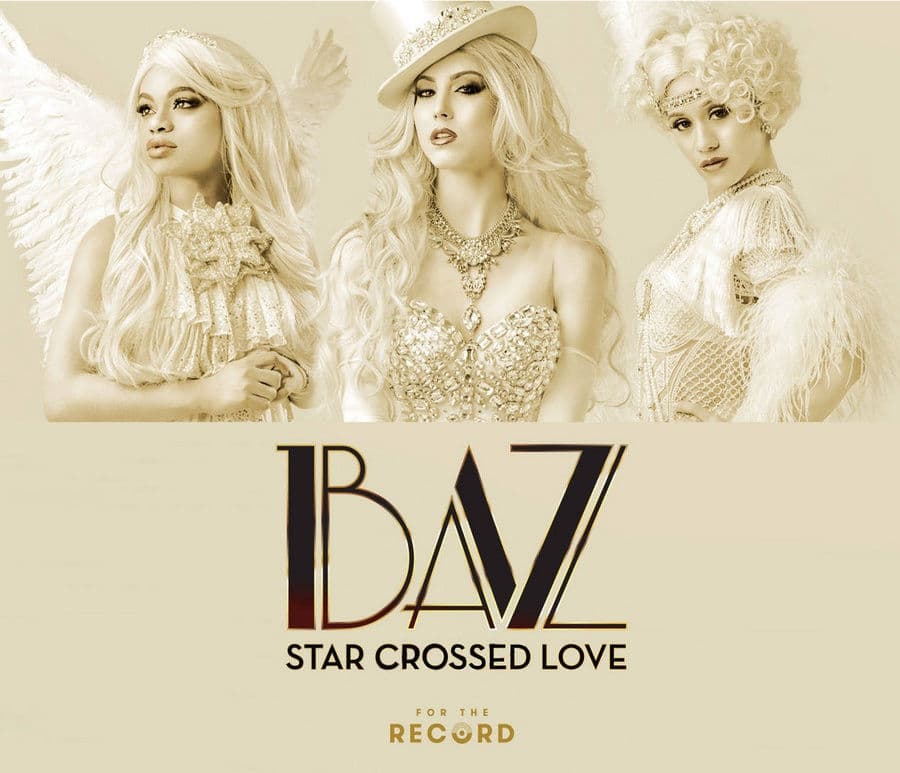 I cannot believe April has already come and gone! Spring is truly here, the days are long and getting longer, baseball season is well under way and there are so many wonderful days on the horizon! I can’t wait to see what May and the rest of the year have in store!

#blackouttuesday
I guess Watson has a real case of the Mondays... 😂🤦🏻‍♀️
Just stopping to sit a spell. 😂
Out in nature yet again - this pandemic has been a mess but I have discovered so many gorgeous places to explore nature in the midst of it.
Sometimes my Southern-raised soul can’t resist some Sweet Tea! 😋
Just trying to soak up some sun... ☀️