Friday is here – yahoo! Twice this week I found myself thinking “tomorrow is Friday” and then I’d realize that it actually wasn’t. This week has been; for the most part, fairly relaxed…but I guess I was just living for the weekend all week? I know…I know…you’re supposed to live for the moment!

Let’s move on to the five things I’m loving/thinking about in *this moment* on this lovely Friday!

One. The Royal Baby – I love anything and everything to do with the royal family and so I’ve been anxiously awaiting the arrival of the newest member, so I was pretty thrilled when I woke up on Monday and saw that a new little Prince had been born! And today we find out his name is Louis Arthur Charles – a big name for such a wee fellow and a name that hearkens to many historical men that have come before him!

The baby is precious, Katherine looked absolutely gorgeous even at seven hours post-partum (that glam squad working overtime) and sweet little Princess Charlotte’s wave to the people when she visited her new little brother – it just slays me. Up next – the royal wedding!

Two. Nationals Baseball – The Nationals are back in DC this weekend after going 4-5 on a road trip that saw them play the Mets, the Dodgers and the Giants. They closed out the road trip with a blowout win of the Giants; the final score was 15-2! I sure hope the bats stay hot this weekend with the Diamondbacks in town! I’ll be headed to the ballpark on Saturday with my friend Rachel to catch the afternoon game – and as always, I cannot wait to be in DC, watching some baseball in the sunshine! 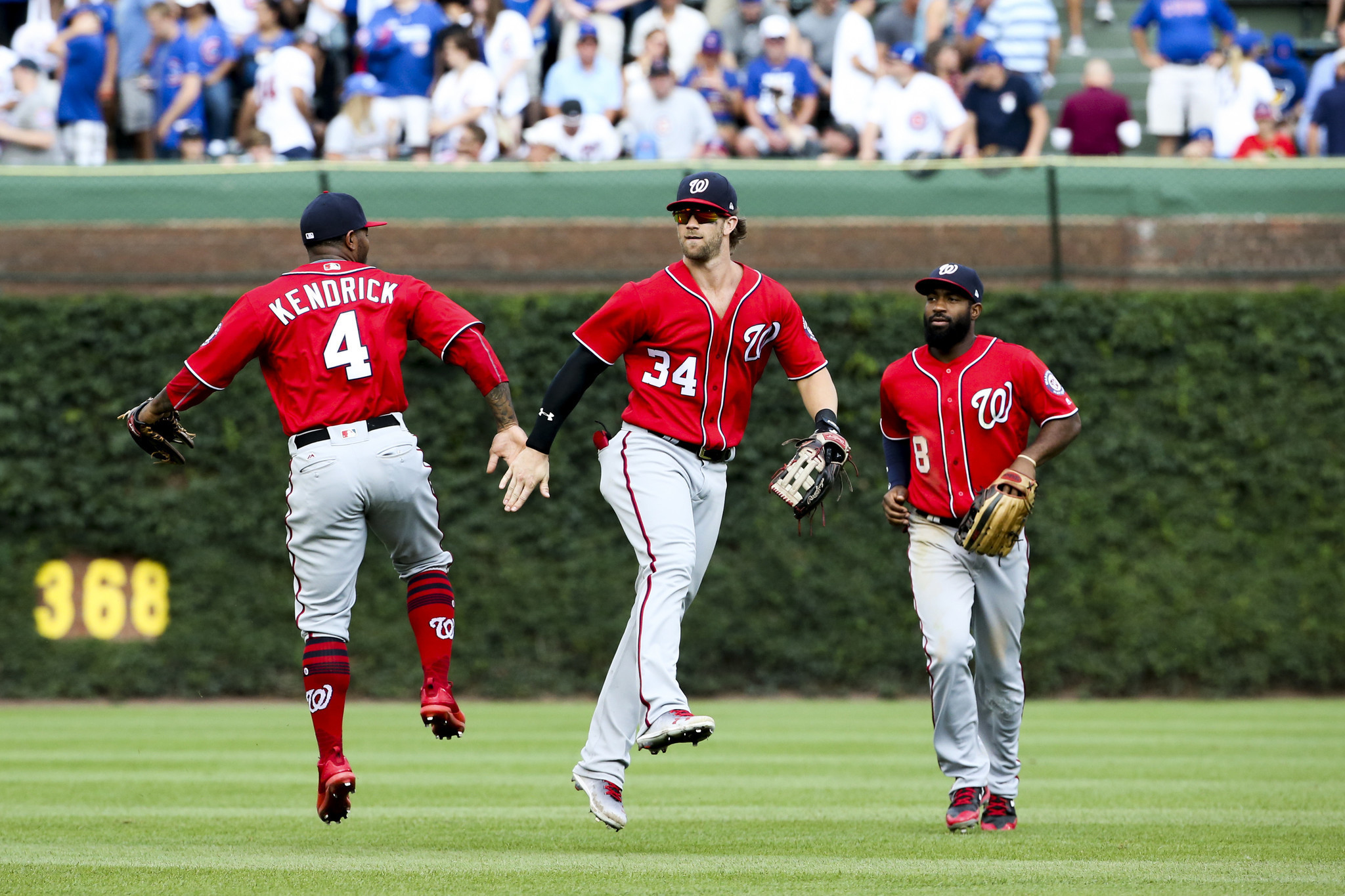 Three. Westworld Season Two – The second season of Westworld premiered last Sunday night and I am already trying to sort out in my mind how many story lines we are meant to be following this season and what exactly is going on! Westworld is such an intricate and complex show with diverging plot lines and little secrets hidden here and there for the most observant viewers…sometimes you want a show to challenge you and Westworld is certainly that; a mind-bender in the best way possible.

While nothing can ever replace Game of Thrones as the number one – Westworld is certainly up there on my list and if you’ve thought of giving it a watch, I’d definitely recommend it…but be warned, it comes on HBO so it’s not exactly “tame”.

Four. Adieu April – Can you believe this is the last weekend in April? It just struck me as I was sitting here and I cannot believe how quickly this month has passed! The month has been filled with baseball, bible studies, birthday parties (here’s where the alliteration ends) dinners with friends, a play and classes at church! This month has felt so full and I suppose that’s why it has passed so fast? Either way, I can’t believe May is so close! And I’m sure it will fly by too…since it’s filled with so much fun! Five. Infinity War – Which I don’t get to see until Monday evening…and so I’m trying to dodge spoilers every time I get on social media! The cast and crew have asked that people keep the film’s plot with it’s twists, turns and inevitable character deaths (*sob*) to themselves so everyone can have an enjoyable movie going experience…but I’m not sure how well it’s stuck.

So until Monday night, I’ll be keeping my eyes and ears closed to all things Infinity War. After all, Thanos Demands your Silence. Ha-ha!

And that’s all she wrote for this; the final weekend, of April! I hope everyone has a good weekend and I’ll see you back here soon!